Want to Invest in the EU? Here’s What You Should Know About the European Union Economy

What’s the third-largest of its kind, worth an estimated €13 trillion? Nope, it’s not North Korea’s nukes or Trump’s toupees. We’re talking about the European Union economy. With 27 member states and a gross domestic product (GDP) of just over €13 trillion, the EU economy represents about 15% of the global pie. Whether you’re looking to diversify your investments, move your business, or apply for an innovation grant in Europe, it’s only wise to take a look at the current economic trends. Here’s what you should know about the European Union economy.

The economy of the European Union operates the European Single Market, allowing for free movement of labor, services, goods, and capital. Besides the 27 member states, EEA countries (Lichtenstein, Norway, and Iceland) and Switzerland (with certain exceptions) participate in this internal market. The EU economy consists of “mixed economies” of which no single all-encompassing definition exists. Generally, though, a mixed economy is an economic system blending elements of either:

Essentially, the European Union economy comprises a single market made up of various mixed economies based on:

According to Statista, Germany has the biggest economy in the European Union (since the 80s) with a GDP of €3.3 trillion in 2020. The UK, France, and Italy ranked second, third, and fourth, with GDPs of €2.2 trillion, €2.2 trillion, and €1.6 trillion, respectively. Spain, the Netherlands, and Switzerland came in fifth, sixth, and seventh with respective GDPs of €1.1 trillion, €798 billion, and €655 billion. In stark contrast, Luxembourg, Cyprus, and Malta had respective GDPs of €64 billion, €20 billion, and €12 billion. Nonetheless, income distribution in the European Union is more egalitarian than the global average. The EU scored 30.2 (out of 100) in the Gini Coefficient Index according to Eurostat. A lower figure indicates more equality, and a higher figure, less equality. For comparison, the United States scored 41.4, while China scored 38.5, South Africa 63, Slovenia 24.6, and Denmark 28.2 according to the World Bank.

Here are a few quick European Union economy statistics on subjects like inflation, labor, and business according to Statista’s latest available data.

As of 2021, the number of small and medium enterprises (SMEs) in the EU total 22.6 million, employing around 84 million people. The majority are micro-firms with less than nine employees. Meanwhile:

Business registrations increased by 0.3% in 2021’s first quarter. On the contrary, declarations of bankruptcy shot up by 5.9% compared to 2020.

As the economy rapidly reopens, a rebound in energy prices along with supply-chain bottlenecks are increasing global inflation rates. Meanwhile:

Experts project the European Union economy’s global GDP share (15%) to decrease to around 13.99% by 2026, largely due to the stagnant growth of EU economies compared to other countries. Still, the Euro Area’s GDP grew by 5.2% amidst lockdowns, closed businesses, and other restrictions in 2021 (according to the OECD). The Organization for Economic Co-operation and Development also projects the EA’s economic activity to grow by 4.3% this year and 2.5% in 2023. Increased consumption and higher investments are set to support such growth. The EA’s unemployment rate is also projected to drop to pre-pandemic levels. Despite rising inflation and a varied inflation dynamic across the EU, rates are projected to drop below the ECB objective by the time Christmas comes around again.

Investment Trends in the European Union

According to Eurostat data, the EU’s combined share of GDP used for gross investments (in household, business, and government sectors) amounted to 22% in 2021. EU government intervention to rebuild the European Union economy in response to COVID-19 presents unique opportunities to deal with climate change effectively and improve digital competitiveness of both firms and individuals. The European Investment Bank’s (EIB) Investment Report 2021-2022 painted a positive outlook after aggressive pandemic response recovery policies were implemented. Here are some key findings:

The European Union economy’s real GDP had dropped by 14% from the previous year by mid-2020. Meanwhile, corporate turnover decreased substantially, with manufacturing revenue dropping by 30% since early 2020. Because the virus impacts countries differently, recovery has been uncertain and uneven. Asymmetries are now emerging across regions, among sectors, and between large and small firms.

While the pandemic was largely indiscriminate and affected all EU countries, it’s now apparent the impact is uneven, with investment recovering at varying speeds. Real gross fixed capital formation rose above pre-pandemic levels by the second quarter of 2021. But only in 20 EU member states. Seven countries had below pre-crisis levels.

According to EIB data, 49% of EU firms experienced a drop in sales due to the COVID-19 crisis, while only 21% showed an increase. Low pre-pandemic productivity proved a reliable predictor of lost sales, although digital firms showed more resilience (albeit only slightly). Sales at small firms decreased by at least 25% compared to medium-sized firms. Meanwhile, the share of firms with a decrease in sales ranged from 60% in Malta to less than 40% in Sweden and Denmark. Investment delays were also prominent, with the share of firms reporting investment activities (86%) in 2020 dropping considerably (to 79%) in 2021. 23% of firms revised their investment plans, with only 3% anticipating more investments.

In the second half of 2020, firms also cut investment and issued debt to build up cash buffers, facilitating a swift rebound in investment.

Swift and bold policy action has mitigated an economic depression, but coordinated efforts are still required by member states. To increase long-term growth prospects while preventing asymmetric recovery, the EU should:

Provide compelling incentives to capitalize on EU leadership in climate-related

The European Union Economy: Resilient and Ready for Investment

Now you know everything about the European Union economy, from its model and relevant statistics to pandemic effects, policy responses, and finally, projections and trends. While COVID-19 devastated the world, the EU and its member states remained steadfast in their recovery efforts. Business continuity was protected, investment dropped but recovered better than expected, and economic activity is projected to increase in 2022. Areas of vulnerability across regions and sectors still persist, but overall, the European Union economy has shown true resilience. If you’re looking at investment options, moving your business abroad, or expanding your franchise, then Innovation Park is here to help!

Book your paid consultation today and find out about your custom global expansion strategy designed with our business immigration, international wealth management, and tax optimization expertise.

Best Countries To Do Business In

In this transcript, we delve into the best practices for building partnership consortiums. Since these projects are often multi-million dollar (or multi-billion!) it’s important to 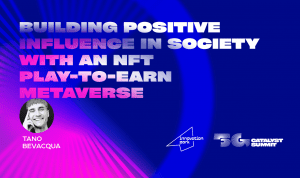 The multiverse is the next big thing tech and gaming development. In this series, we welcome Tano, the founder of Musure World, to share his

We use cookies on our website to give you the most relevant experience by remembering your preferences and repeat visits. By clicking “Accept All”, you consent to the use of ALL the cookies. However, you may visit "Cookie Settings" to provide a controlled consent.
Cookie SettingsAccept All
Manage consent

This website uses cookies to improve your experience while you navigate through the website. Out of these, the cookies that are categorized as necessary are stored on your browser as they are essential for the working of basic functionalities of the website. We also use third-party cookies that help us analyze and understand how you use this website. These cookies will be stored in your browser only with your consent. You also have the option to opt-out of these cookies. But opting out of some of these cookies may affect your browsing experience.
Necessary Always Enabled
Necessary cookies are absolutely essential for the website to function properly. These cookies ensure basic functionalities and security features of the website, anonymously.
Functional
Functional cookies help to perform certain functionalities like sharing the content of the website on social media platforms, collect feedbacks, and other third-party features.
Performance
Performance cookies are used to understand and analyze the key performance indexes of the website which helps in delivering a better user experience for the visitors.
Analytics
Analytical cookies are used to understand how visitors interact with the website. These cookies help provide information on metrics the number of visitors, bounce rate, traffic source, etc.
Advertisement
Advertisement cookies are used to provide visitors with relevant ads and marketing campaigns. These cookies track visitors across websites and collect information to provide customized ads.
Others
Other uncategorized cookies are those that are being analyzed and have not been classified into a category as yet.
SAVE & ACCEPT

Where can we send your free guide?